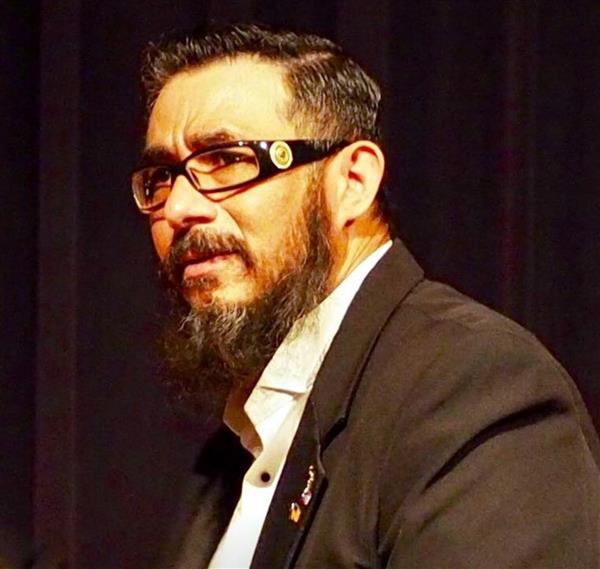 Mr. Zepeda is a 1987 graduate of West Oso High School.  While at West Oso he was an all-star soloist with the West Oso Jazz band and performed in the 1984 Worlds Fair hosted in New Orleans, LA. Upon graduation, he attended Del Mar College from 1988-1989. While a member of  Del Mar College MWF Jazz band, he was able to perform on stage with Lou Marini of  Blues Brothers and Blood Sweat and Tears fame. In 1989, Mr Zepeda transferred to Texas A&I University in Kingsville.  While at A&I, Mr Zepeda marched in the "Javelina" marching band, performed in the A&I Wind Ensemble and Jazz Band I. Notable performances with the A&I jazz band included playing with Galen Jeter, Dallas Jazz Orchestra, and Jon Faddis dubbed as "the world greatest trumpeter" by Time Out magazine New York.  The A&I Jazz band performed at the University of Northern Colorado Jazz Festival.  Mr Zepeda is a member of Kappa Kappa Psi (Epsilon Delta) band fraternity and Phi Mu Alpha Sinfonia (Kappa Chi).

In 2012, Mr Zepeda was blessed with the opportunity to start a band program at London ISD. At London, he directs and conducts four performing ensembles. Three of the bands particpate in the UIL Concert and Sight Reading contest and the Mighty Pirate Marching band has earned sweepstakes honors in its two years of participating in UIL. The London HS band has earned three consecutive sweepstakes at UIL and plans on earning many more.

Mr Zepeda is married to Barbara S. Zepeda, an educational diagnostician for West Oso ISD. They have three sons, Louie, Christian and Sebastian.  He enjoys wade fishing, baseball, golf and photography. He is a band adjudicator for TMAA and assists the Corpus Christi Hooks with Public Address as the "voice" of the Hooks, previously as play by play on Spanish radio.